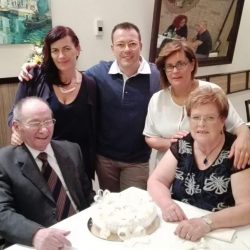 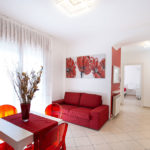 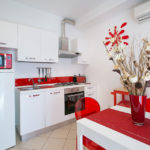 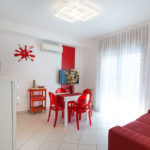 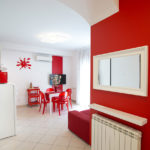 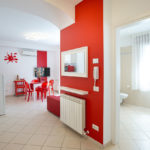 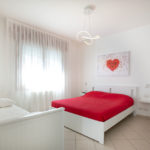 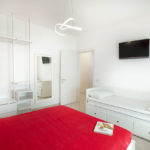 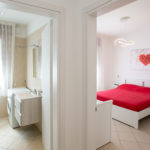 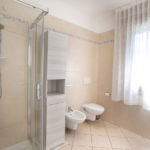 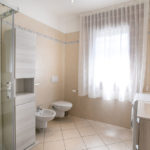 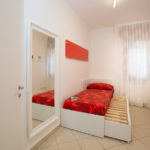 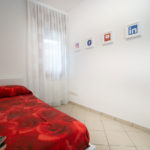 A real gem! 60sqm apartment facing south, located on the ground floor of Casa Nives, with a large exclusive terrace very much appreciated by couples and families.

The predominant colors are Ruby Red and Neutral White which give the room an energetic and at the same time relaxing tone, with modern and functional lines.

The apartment is equipped with every comfort. Our guest can enjoy their summer and winter vacation as if they were at home. 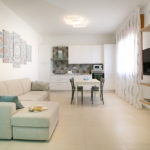 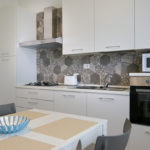 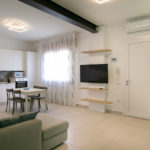 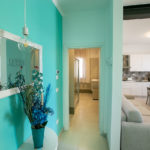 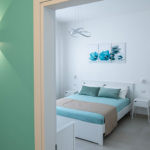 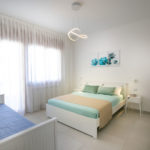 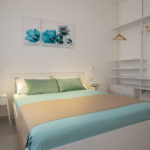 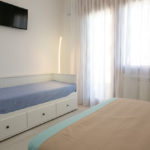 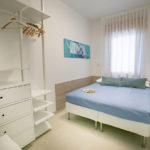 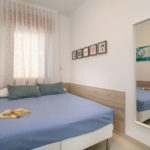 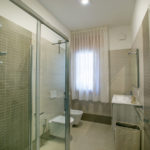 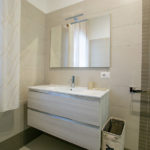 An apartment of exclusive elegance of 75 square meters on the first floor of Casa Nives. The apartment was completely renovated in 2019 and has two comfortable terraces that allow our guests to enjoy a pleasant sea view.

Wide modular spaces from 2 to 7 beds, characterized by a simple and modern furnishing. The refined colors will make our guests’ stay even more pleasant and relaxing.

The predominant colors are Tiffany, Anthracite and neutral white. Colors with soft tones very elegant that make the environment pleasantly warm and familiar.

The apartment is equipped with every comfort. Our guest can enjoy their summer and winter vacation as if they were at home.